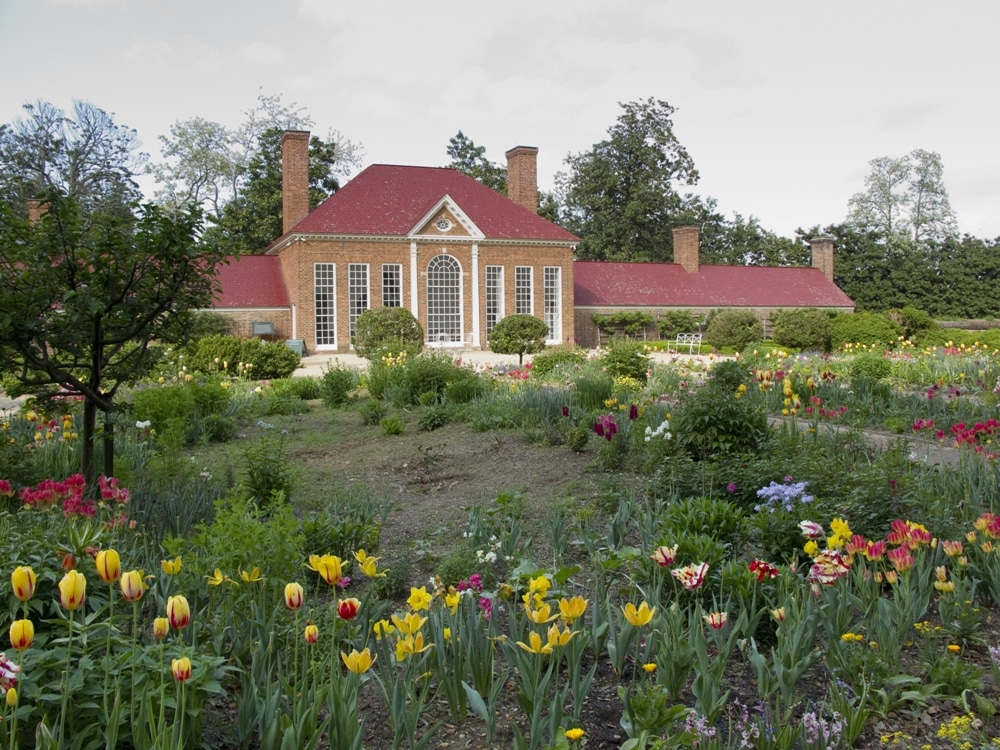 In 1799, George Washington’s nephew, Lawrence Lewis, married Eleanor Parke Custis. As a wedding gift, Washington gave them an estate to begin their lifetime together. The property was extensive, and heavily forested. The newlyweds quickly began building their Georgian manor, and landscaped the grounds impressively. While there is not much evidence left of how exactly the grounds were laid out by the Lewises, it is still quite evident that they devoted their lives to continuing to update and enhance the grounds that surrounded their stately mansion, known as Woodlawn.

In the late 1840s, the son of the Lewises sold the property to Quaker families who decided to use it as a means of an experiment and, instead of hiring slaves, as the Lewises had done, they sold parcels of the property to both whites and blacks with the idea that each person would contribute to the maintenance of their own parcel while helping to sustain the property as a whole. The experiment failed, and after changing hands a few more times, eventually the entirety of what the Lewises had built became obscured to time.

The National Trust for Historic Preservation took over responsibility for the property in 1951, with the hopes of restoring the mansion to its previous grandeur, and a committee was created in an effort to bring the gardens back to life. While challenging at times, to say the least, the partnership between the National Trust and Virginia’s Garden Club shaped what is visible today.

The man in charge of garden restoration, Alden Hopkins, had scarcely anything to guide him regarding what the gardens once looked like. Relying on known attributes of plantations in Lewis’ day and archaeological surveying The Garden Club commissioned, he set to work on recreating one of the grandest estates ever to have graced the country. He designed a broad entry driveway, winding paths, and an immense lawn that blended eloquently with the woods that surrounded the property. Assuming visitors would come once the restoration was complete, a parking lot was created with various trees and shrubbery from Lewis’ day utilized to obscure the home.

Located on Route 1 in Mount Vernon, the estate is open for tours and also hosts other events throughout the year. .