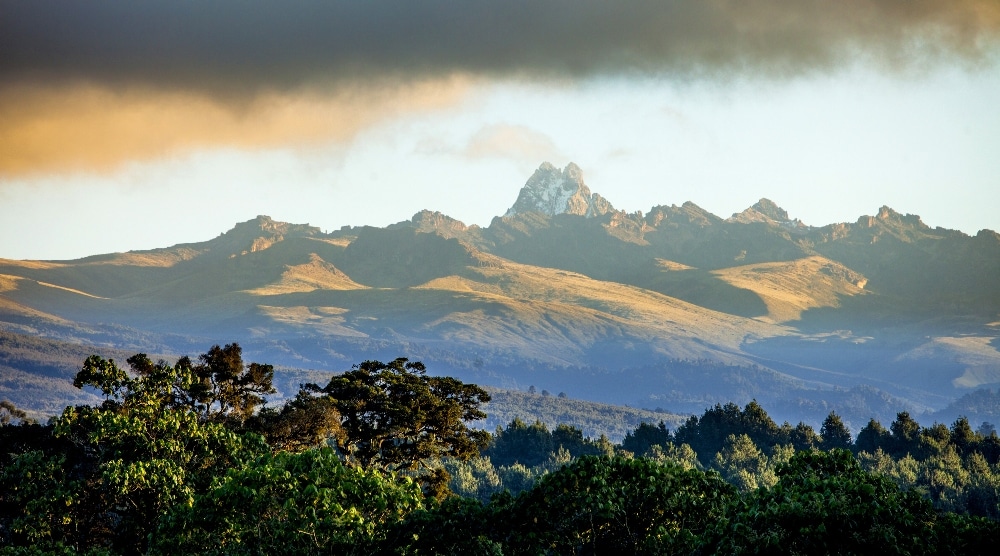 Trekking Mount Kenya – The second-tallest mountain in Africa is Mount Kenya, named after the country itself. Even though at its tallest peak it is more than 15,000 feet, it is a close second to Tanzania’s Mount Kilimanjaro. While it may lack in height, it more than makes up for this with its stunning beauty. Its craggy snowcapped peaks give an exquisite vantage point for the glacial valleys below where diverse types of vegetation flourish, making a trek up Mount Kenya a definite contender for the greatest trek in Africa.

The highest peak on Mount Kenya is named Batian and stands at 17,060 feet. Unless you are the most avid of technical climbers, however, this is one peak that is better appreciated from afar, as there are numerous pitches and chimneys. Instead, a trekker favorite is Point Lenana. The upward trek is certainly not diminished, as this peak sits idly independent of the other two, Batian peak and Nelion peak, and still offers 360° panoramic views. It is still a challenging peak, due to the altitude and somewhat sharp approach to the summit. From atop Point Lenana, you’ll see the plains of Africa, the Aberdares Mountains, and even Kilimanjaro in the distance.

While the mountain itself is a thing of beauty, it doesn’t end there. One of Mount Kenya’s highlights is her uniquely diverse types of wildlife and vegetation. The foothills are thickly wooded and serve as home to elephants, buffalos, and the indigenous elands. As you ascend, you’ll notice a different type of habitat, known as Afro Alpine, that includes heath lands, valleys, and even larger than life plants that serve as home to various wildlife, such as birds and hyrax.

There are various routes to the summit of Mount Kenya, and they vary between four to seven days in length. You begin in the village town of Nanyuki, from where you can arrange a trek with a local climbing company. There are plentiful camping sites, as well as mountain huts for your stay. As there are no stores or restaurants once you begin your trek, you’ll need to pack in your food