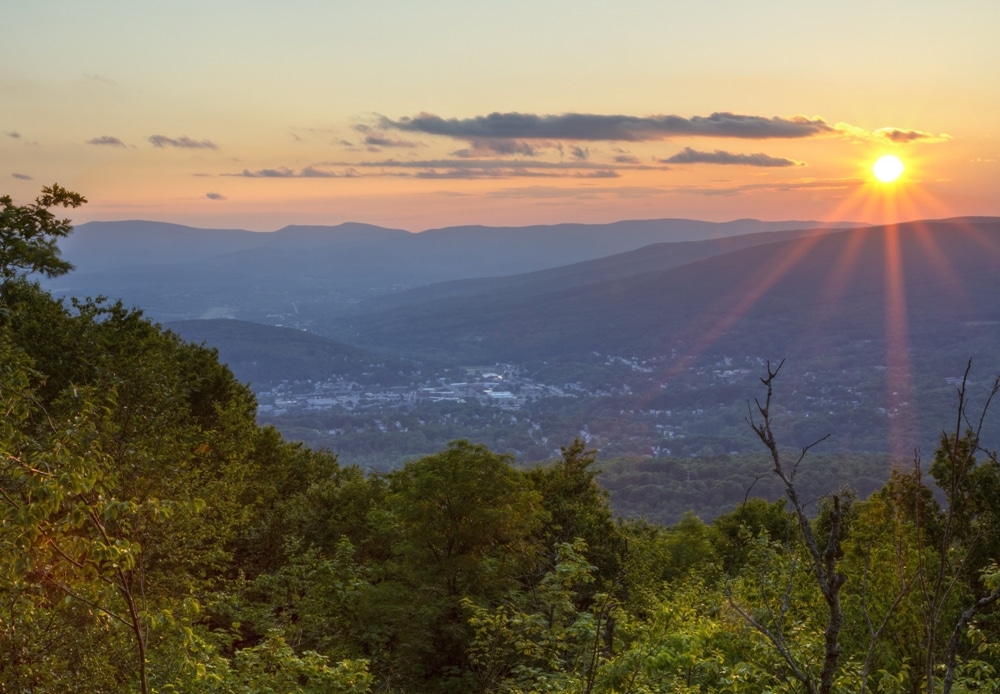 Tourico Vacations on Massachusetts – The Red Lion Inn of the Berkshires of Massachusetts – Massachusetts is a New England state full of history. The Red Lion Inn in the Berkshires dates back to the late 1700s, when Silas Pepoon opened a small tavern to entertain the local city folk. He chose the emblem of The Red Lion. Pepoon’s tavern would then become a place in which they felt comfortable meeting to discuss the political agendas of the day, and where many resolutions came to pass. In 1774, local folks from several towns in the Berkshires gathered at The Red Lion to pass various resolutions in an act of protest against the Act of Intolerance waged by England. In these first meetings, they also pledged that they would no longer purchase goods coming from Britain.

As many places of business do over the course of their lifetime, The Red Lion changed ownership. The Inn was known as Stockbridge House in the mid-1800s, and in an effort to provide more and better accommodations, an addition to the building was added, greatly enlarging the Inn. In 1862, Mr. and Mrs. Plumb purchased Stockbridge House. Mrs. Plumb was a collector of fine things, and many of the antiques, furniture, and china dishes still on display today are thanks to her.

The Inn was becoming more and more popular as a meeting place, and as a place for people to lay their head when passing through. Because it was so popular, in 1884, yet another addition was completed. Another entire story was added, enabling the Inn to serve up to one hundred guests. Shortly thereafter, the Stockbridge House became Ye Red Lion Inn. Mr. Plumb was aging, and brought on his nephew, Allen Treadway (United States Congressman 1913-44), to take over day-to-day operations in 1893. Just three short years later a fire consumed the entire Inn, but they were able to save all of Mrs. Plumb’s varied treasures. Rebuilding began immediately and the new hotel opened up just eleven months later. Various additions and ownership changes have occurred, but since 1969, the Red Lion Inn has remained open, year-round (at one point in its history, it was only a summertime destination). The Treadway family owned the Inn for more than ninety years.