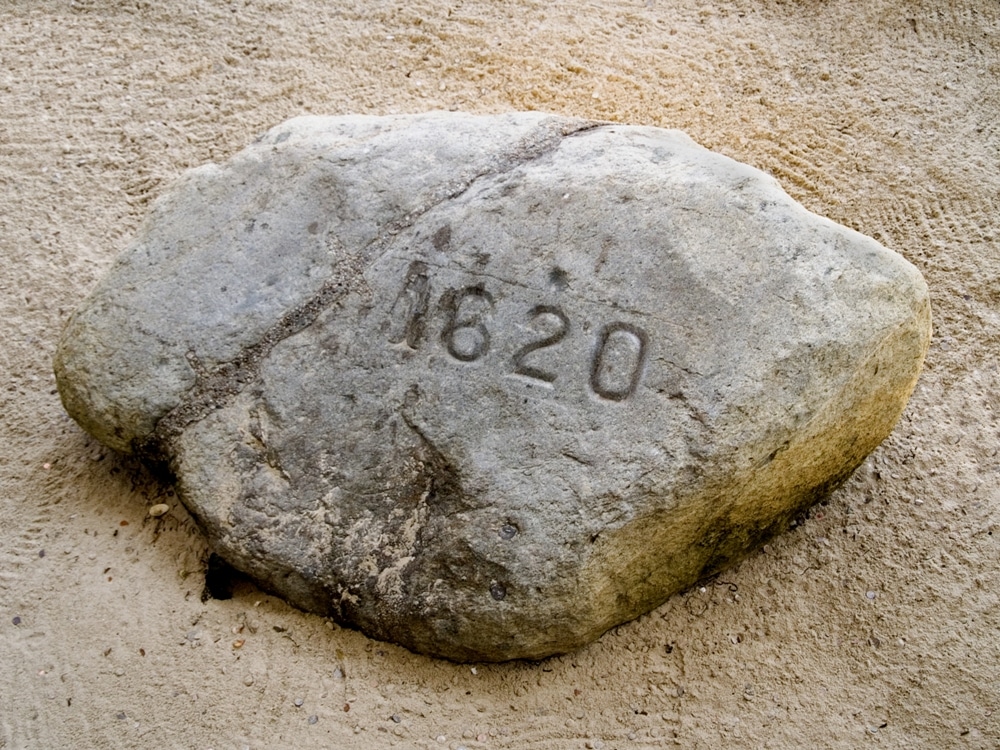 The (Somewhat Inaccurate) Legend of Plymouth Rock, Massachusetts – The story of Plymouth Rock is a story that we all learn in childhood, in about the 2nd grade, as we all don our feathers and black Pilgrim hats, eat corn, and remember what it was like for the peoples living back then. When it comes to Plymouth Rock, if you ask any native Bay Stater, they’ll tell you – the Pilgrims didn’t even land where we’re told!

In fact, the whole story is a farce, because a majority of the story follows that the Native Americans who were here first saw how bad the new colonists were doing and provided food and shelter that winter, effectively saving the Pilgrims, when in fact these two different peoples didn’t even meet until the spring of the following year. And the grand Thanksgiving dinner at which Pilgrim and Indian all sat around grateful for what they had accomplished – well, it turns out that the Indians had never been invited! They just happened to show up when they heard all the musket loaders slicing through the air.

The reason there is never any follow up on a story such as this is because it is given to us when we are children, hence we grow up accepting it as truth. When the actuality of the situation is that no one actually cared about some rock that some people they’d never met had stepped on getting out of a boat. While intriguing, it wasn’t intriguing because of the rock. For over a hundred years, no one cared.

Until the day when a man nearly in tears told everyone that he had been shown by the Pilgrims the exact rock upon which they had stood. Because of the man’s age, no one doubted that he was telling the truth, so everyone followed him down to the beach, eager to find thee Plymouth Rock and birthing the version of American History that we are taught in school.

Just like the Pilgrims were immigrants to a new world, so was the rock! New research has shed light on the fact that what the Pilgrims likely stepped onto to disembark was a rock that had been moved to its then positioning by sheets of ice from the melting of glaciers. Fantasies ruined?

You can still view the purported Plymouth Rock in several places around the New England states, like the one encased in glass in downtown Plymouth with the date of the landing engraved.