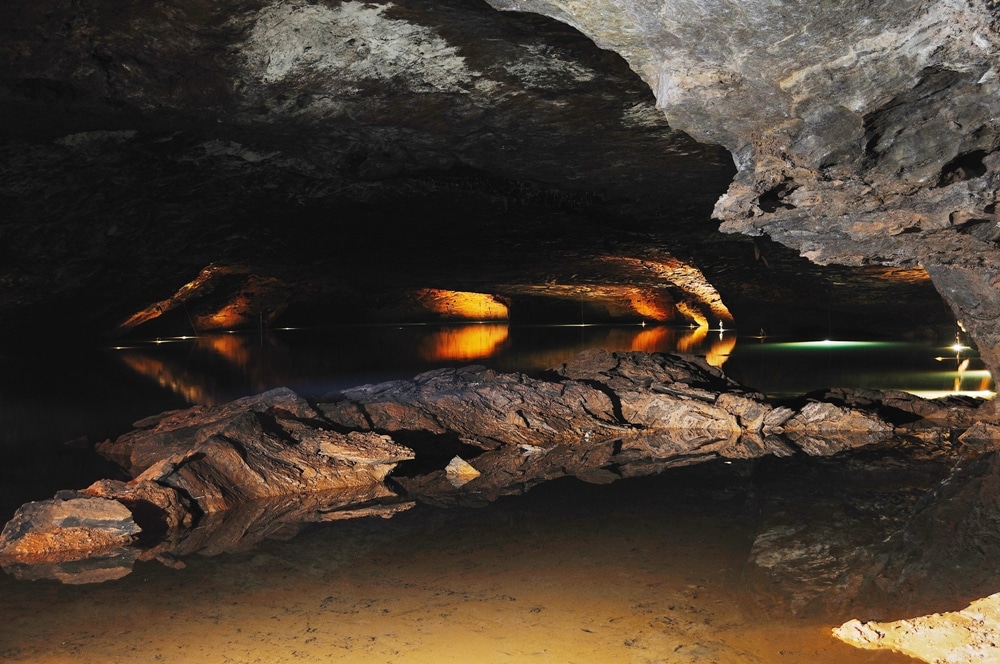 The Lost Sea – Sweetwater, Tennessee – Perhaps the United States’ largest body of water is indeed underground. This underground freshwater lake (called a ‘sea’ because of its immense size) gains its waters from multiple subterranean water sources. Its exact size is unknown, but the portions that are known cover nearly five acres and have depths reaching seventy feet.

While the warming of the earth has had little effect on the water levels, droughts can drain this freshwater lake. It was actually a drought that led a 13-year-old to discover a passage into the chamber. Sixty more years would pass before another drought would drain this passage, leading others to find it, and others who had not believed the then-boy to retract their disbelief to the (at the time) 73-year-old Benjamin Sands. He received credit for the Lost Sea’s initial discovery with a plaque that now hangs in the lodge at the lake.

There are various attractions within this attraction; for instance, people who had known of the underwater lake had used the cave system as a storage facility for survival items in the event of nuclear war such as MREs, and even a still of moonshine was discovered that had been left behind from when the cave had been an underground bar known as the Cavern Tavern, circa the 1940s.

One of the highlights of any tour of the Lost Sea is a boat ride to feed the lake’s many rainbow trout. The trout were not always here: in an experiment to see if these fish were able to find their way to an adjacent river, lake, or stream, the trout were brought down here; however, because trout are one of the types of fish who cannot see in the dark (and because the caretakers of the lake feed the fish liver pellets) they really had no reason to leave.

One word of warning if you’re planning to visit: don’t bring anything with you on the tour that you cannot stand to lose. Items have been known to fall into the lake and, if it is not a person who has fallen, tour guides do not retrieve items. When cameras or cell phones fall in, they are there from then on out.

The Lost Sea is located at 140 Lost Sea Road in Sweetwater. Take Interstate 75 to exit 60, and turn east onto Highway 68. Go just over seven miles and the entrance to the Lost Sea is on the left hand side. Adult admission is $20 and hours vary depending on season. Call ahead to 423.337.6616 to verify.